If you’re wondering How to Fix Low Bitrate issues in Facebook Gaming I might just have the answer for you!

I recently ran into an issue when I took another look at Facebook Gaming as an alternative to Twitch, Mixer and YouTube gaming that meant regardless of what I did, the connection was terrible and unwatchable.

Firstly, let’s get into my Video settings: 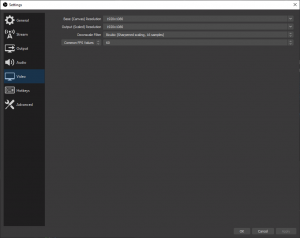 Then I set my Output settings as follows: 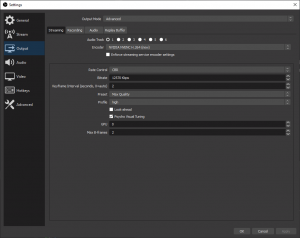 I’m making use of the RTX NVENC encoder built into my MSI GTX 1650 Super running at a bitrate of 12570 which is the magic number for a 0.1 bpp encode including 128kbps audio.

So far so good?  Well no, not really.  This is what I saw in the Facebook Gaming preview window: 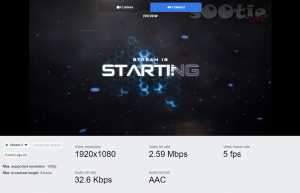 Clearly something was wrong, I was seeing a fraction of the frames I was sending, the bitrate was way too low and even the audio wasn’t getting through properly.

Let’s take a look at what I could see in OBS: 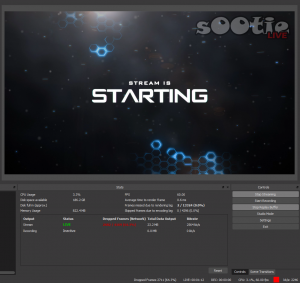 The bitrate was struggling and looked like it was down to a Network issue – in fact 64% of all frames were getting dropped.

I knew my streaming PC was fine and that my network was stable as I quickly ran a test stream to Twitch which was working properly.

I then took a look at the OBS Advanced Settings and spotted this: 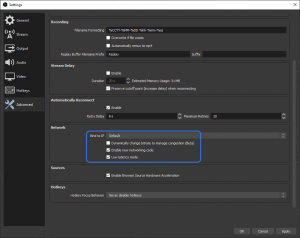 These are settings I’ve used successfully with Twitch and Mixer but wondered if they were somehow causing issues with Facebook Gaming, so I changed them to this: 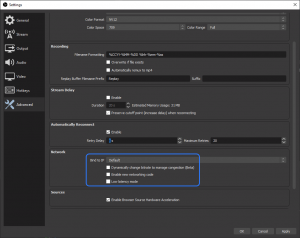 I then restarted the stream and was very pleased with the results I got.  Here is the Facebook Gaming preview window, working properly now: 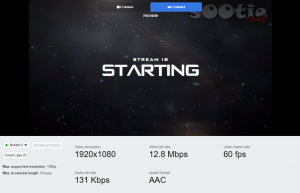 And unsurprisingly, OBS confirmed that things were now running properly: 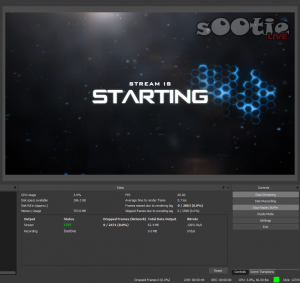 The result was a buttery smooth 1080p60 stream running at about 12.7mbs with silky audio at 128kps (which is more than I can say for the game I was making a mess of at the time!).

There is clearly something with either the New OBS Network Code or the Low Latency setting that Facebook Gaming doesn’t like – either way, the stream is now performing exactly how it should be.

Hopefully this has been useful, if not leave me a comment and I’ll do what I can to help.