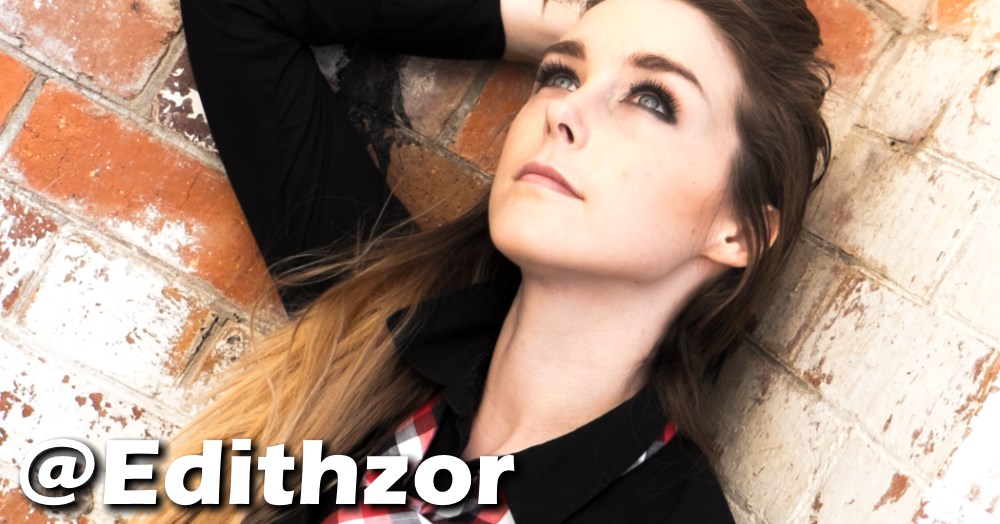 Edithzor is someone I had the pleasure of working with recently.  Not as the hyper cool music producer that she is now becoming but as her day job as a SharePoint consultant.  Ethereal is Edithzor’s debut album although it would be easy to assume that it’s not.  Running through the track list, you’d be forgiven for thinking you’d just downloaded something a lot more established.  Ethereal is going to take you on a journey, a journey that you think you’ve been on before but keep telling yourself you haven’t.  Ethereal is going to satisfy you, but yet leave you wanting more.

It’s going to be your friend in the car, your friend at the gym and your very best friend on the dance floor.

Once I found out that Edithzor had released her album, I felt a natural obligation to knock a quick article together.

I’ve had a few plays of the album now and I have to say – I’m impressed.  The thing that’s always struck me with trance is is suitability for four main things:

1) Driving
2) Working Out
3) Dancing (perhaps when I was a bit younger at least!)
4) Add depth to a Movie Soundtrack

I’ve always enjoyed movies that make good use of a decent trance track as part of the soundtrack.  Danny Boyle famously included Born Slippy by Underworld as part of the Trainspotting sound track which let’s be honest, almost became the movies most memorable feature.  I’m actually humming the tune as I write this, thanks Underworld.  You could basically lift any of the tracks from Ethereal and put them into a movie soundtrack, there is just something very compelling about these sounds.

I’m not a music expert as you can tell by my stumbling around being able to describe the album, but I do know what I like and I like this.  A number of the tracks now accompany my morning bike ride and the girls love nodding their heads to the tunes as we take long drives, both of which are testaments to Edithzor’s creation.

I asked Edithzor if she’d let me equally stumble around a short interview:

For the readers, state your name, occupation and favorite cheese.
Amy a.k.a Edithzor, Music producer, SharePoint consultant, Gamer. Cheese: Block of Colby – which doesn’t seem to exist in Europe.

How long have you been working with music production?
4 years

Who would you list as your top 3 musical influences?
Armin Van Buuren, Tiesto, most trance producers from the 2000’s

Out of the entire album, which track did you enjoy producing the most and why?
Jupiter which is an old track that I re-factored. I didn’t like the original as its an old song that I made while learning Ableton Live. This made the transformation challenging but also fun, this is my favourite track on the album.

If you could pick a new movie for your music to feature on the soundtrack of, who’s the main star?
Simon Pegg – I’m a big fan of his movies with Nick Frost, so any production of theirs!

What’s your next move in the world of music production?
I’m working on a new album which will be a mix of new songs and more re-factored old songs – I don’t like creations to go to waste so I create new songs with a lot of elements from my old songs (songs that aren’t officially released).

What does your Christmas list look like?
A larger hard drive for my mac book and some better headphones for production.

In your last breath, what would you like to be able to say about your life?
That I always aimed high and gave everything I wanted to achieve a good go.

Where can people buy your album or connect using social media?
To find my album or keep up  with what I’m working on you can use the following links:

I for one am looking forward to hearing Edithzor’s new matertial and feel privaledged to have had the opportunity to work with her before she becomes rich and famous.

New talent should be supported, especially that which isn’t manufactured as some part of an obscene reality TV show.  You could do a lot worse than purchase Ethereal by Edithzor.

I hope you’ve enjoyed this short article, if you’d like to share your view please use the comments.

Wayne is a self-proclaimed geek, IT Professional, father of two and husband who's still much closer to 40 than 50. When he's not busy in an otherwise hectic life he takes time to blog on all things that warrant an online opinion. Founded in 2012, ePINIONATED has been a guilty pleasure for Wayne, giving him an online voice in a very noisy Interweb – some of which might even be useful, maybe. View all posts by BigGeek

We would love to hear from you... Cancel reply

Wayne is a self-proclaimed geek, IT Professional, father of two and husband who's still much closer to 40 than 50. When he's not busy in an otherwise hectic life he takes time to blog on all things that warrant an online opinion.

Founded in 2012, ePINIONATED has been a guilty pleasure for Wayne, giving him an online voice in a very noisy Interweb – some of which might even be useful, maybe.

Thanks for visiting ePINIONATED. Unfortunately we’ve detected an Ad Blocker on your system and as our site is completely funded by non-intrusive adverts you’ll need to either disable it or add www.epinionated.net to your whitelist. If you feel our adverts are intrusive, please use the Contact Us section of the site and let us know.